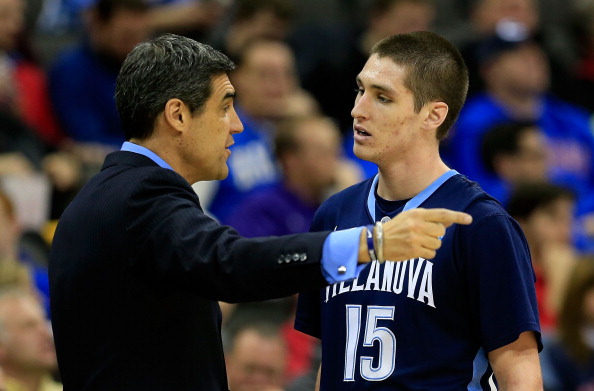 KANSAS CITY, MO – MARCH 22: Head coach Jay Wright of the Villanova Wildcats talks with Ryan Arcidiacono #15 in the second half against the North Carolina Tar Heels during the second round of the 2013 NCAA Men’s Basketball Tournament at the Sprint Center on March 22, 2013 in Kansas City, Missouri. (Photo by Jamie Squire/Getty Images)